Lobbe Kanaltechnik GmbH & Co KG, known as LKT for short, is a fourth-generation family business that provides comprehensive sewer services. It is particularly noteworthy that LKT was the very first BRAWO® SYSTEMS customer and has now been working enthusiastically with BRAWO® SYSTEMS products for over two decades. Now, for the first time, the new BRAWO® Magnavity light curing system with the new Mega LED head and the new BRAWOLINER® 3D DN 200 – 300 have been used in an LKT construction project.

The large gradient of the pipes and the starting shafts that could not be accessed directly were challenging; the receiving water also had to be maintained during the work. The rehabilitation therefore had to be done quickly.

This was particularly important because the access shafts were unable to be reached due to the difficult accessibility in the woodland area and the slope with stairs, and the equipment had to be brought to the site with muscle power. Here, the enormous advantage of the transportable curing technology became apparent.

Beforehand, the rehabilitation team impregnated the BRAWOLINER® s in a hall within three hours. Packed in wooden crates and protected from light, the pre-impregnated BRAWOLINER® s were driven to the site the next day with a wheeled loader. As standard, the pipes were flushed with high pressure before the rehabilitation process. The BRAWOLINER® s were then placed in the inversion drum and inverted into the ducts beings rehabilitated. Curing then took place at the speed of light due to the pipe dimensions using the new Mega LED head and the BRAWO® Magnavity light curing system.

It only took about two and a half hours to rehabilitate each of the 32 and 35-metre pipes.
All in all, the construction site, which was extremely difficult due to the local conditions, was completed on schedule within 3 days, including all preparatory and finishing work.

Jaap Sanders, Sales Germany West of BRAWO® SYSTEMS, was there on site: “Thanks to pre-impregnation and light curing, there were no technical problems with this demanding rehabilitation measure. The BRAWO® Magnavity writes the rehabilitation protocol on the spot during installation, thus eliminating the need for manual documentation, which is a huge advantage. For example, the temperature in the light head and the retraction speed are documented.
“We are delighted to have worked with BRAWO® SYSTEMS to complete the construction site so successfully for our client. Without the BRAWO® Magnavity light curing system, such a short construction time would not have been possible,” says Gerhard Michel, Managing Director of LKT.

The BRAWOLINER® 3D was specially developed for large dimensional changes or several jumps in dimension in succession. In nominal widths from DN 70 to DN 400, the seamlessly knitted liner adapts optimally to any pipe diameter and impresses with an excellent installation result.

The BRAWOLINER® 3D was also able to demonstrate these unique properties in various special profiles. Due to the enormous lateral expansion, the liner fits perfectly and crease-free to the side and pipe bottom of an egg profile. Here, too, multiple dimensional changes and bends of up to 90 degrees are no problem.

The new light curing system consists of an intelligent LED head with 96 high-performance UV LEDs, a 50-metre long combination hose with integrated power and compressed air supply, a retraction unit and a control box. You save time and effort

The innovative and unique LED heads allow simultaneous retraction with inversion of the liner. Curing is thus carried out immediately after installation of the liner, without the need for additional insertion of the eel.

As a result, only one access point is needed for the rehabilitation of a 50-m long segment. In many cases, this is the only way to make rehabilitation possible at all, since no additional access opening (e.g. inspection opening, shaft) is necessary, which cannot be created easily or only with considerable effort in most construction measures.

Thanks to the 192 high-power UV LEDs and the associated greater light output, up to approx. 70% faster curing is possible compared to the Nano LED head. The Mega LED head is suitable for rehabilitating the dimension ranges DN 125 to DN 300. From a pipe diameter of DN 150 upwards, pipes with bends can also be rehabilitated economically and efficiently. 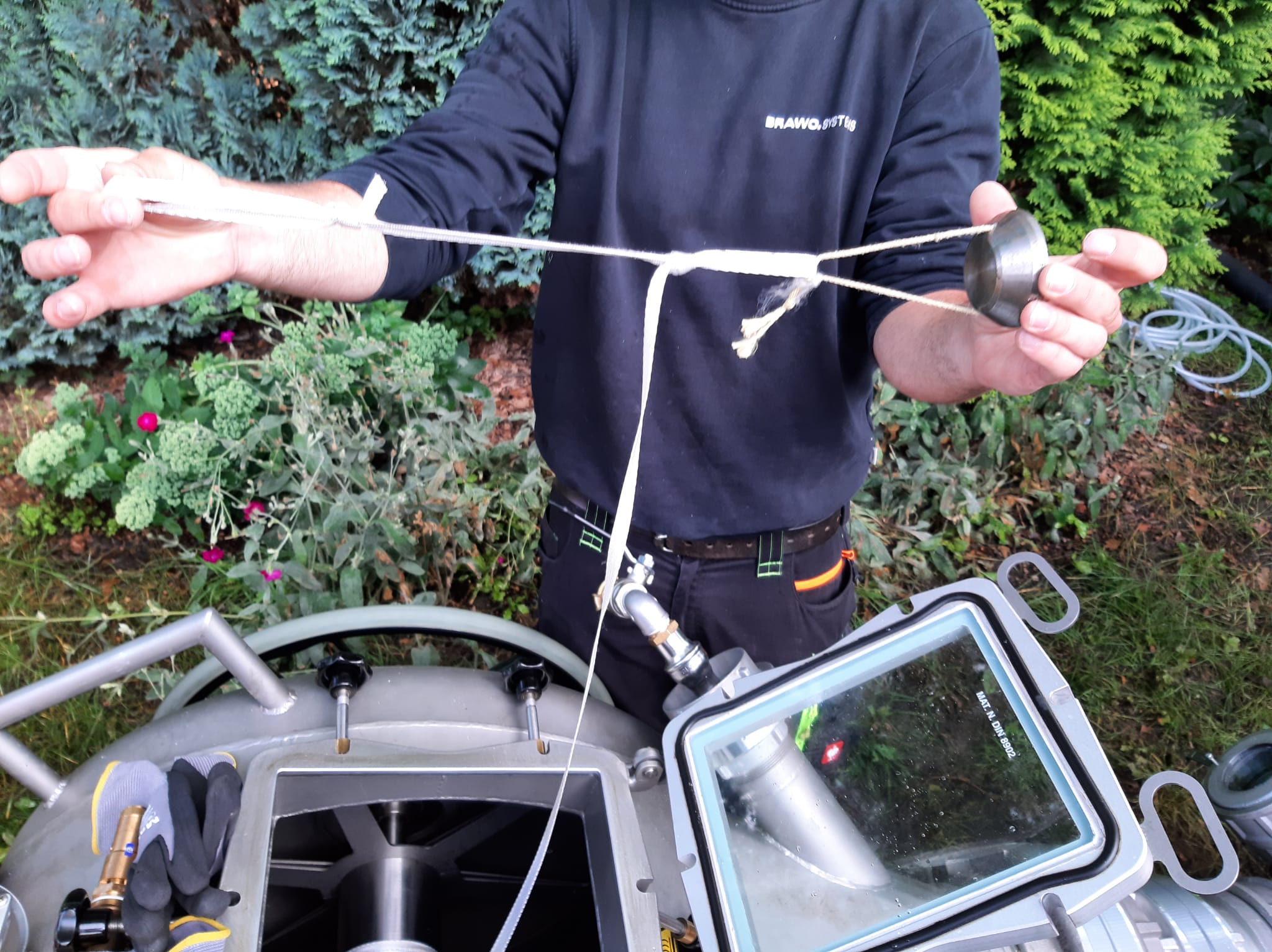