BRAWO® SYSTEMS is the only supplier that offers seamless textile liners. Thanks to a special loop construction all BRAWOLINER® are extremely flexible. This makes it the perfect solution for defective pipes containing multiple bends of up to 90° and up to two changes in diameter. With a working life of over 50 years, BRAWOLINER® is a clean, economical and environmentally-friendly alternative to expensive and time-consuming excavation works!

NOW also possible to rehabilitate jump in dimension from DN 200 to DN 300!

The product family of 3D liners is complemented by the BRAWOLINER® 3D DN 200 – 300, thus making it complete now. This means that all nominal diameters from DN 50 to DN 400 can be served, even when there are dimensional changes in the pipe run.

The BRAWOLINER 3D DN 200 – 300 is compatible with the BRAWO® I, BRAWO® III and BRAWO® LR  resin systems. Curing can be carried out as usual with steam, hot water, light or ambient temperature.

The new BRAWOLINER® will be available from BRAWO® SYSTEMS from May 2021 in the familiar unit lengths of 25m, 50m and 100m.

The BRAWOLINER® 3D was specially developed for large dimensional changes or several jumps in dimension in succession. In nominal widths from DN 70 to DN 400, the seamlessly knitted liner adapts optimally to any pipe diameter and impresses with an excellent installation result.

The BRAWOLINER® 3D was also able to demonstrate these unique properties in various special profiles. Due to the enormous lateral expansion, the liner fits perfectly and crease-free to the side and pipe bottom of an egg profile. Here, too, multiple dimensional changes and bends of up to 90 degrees are no problem. 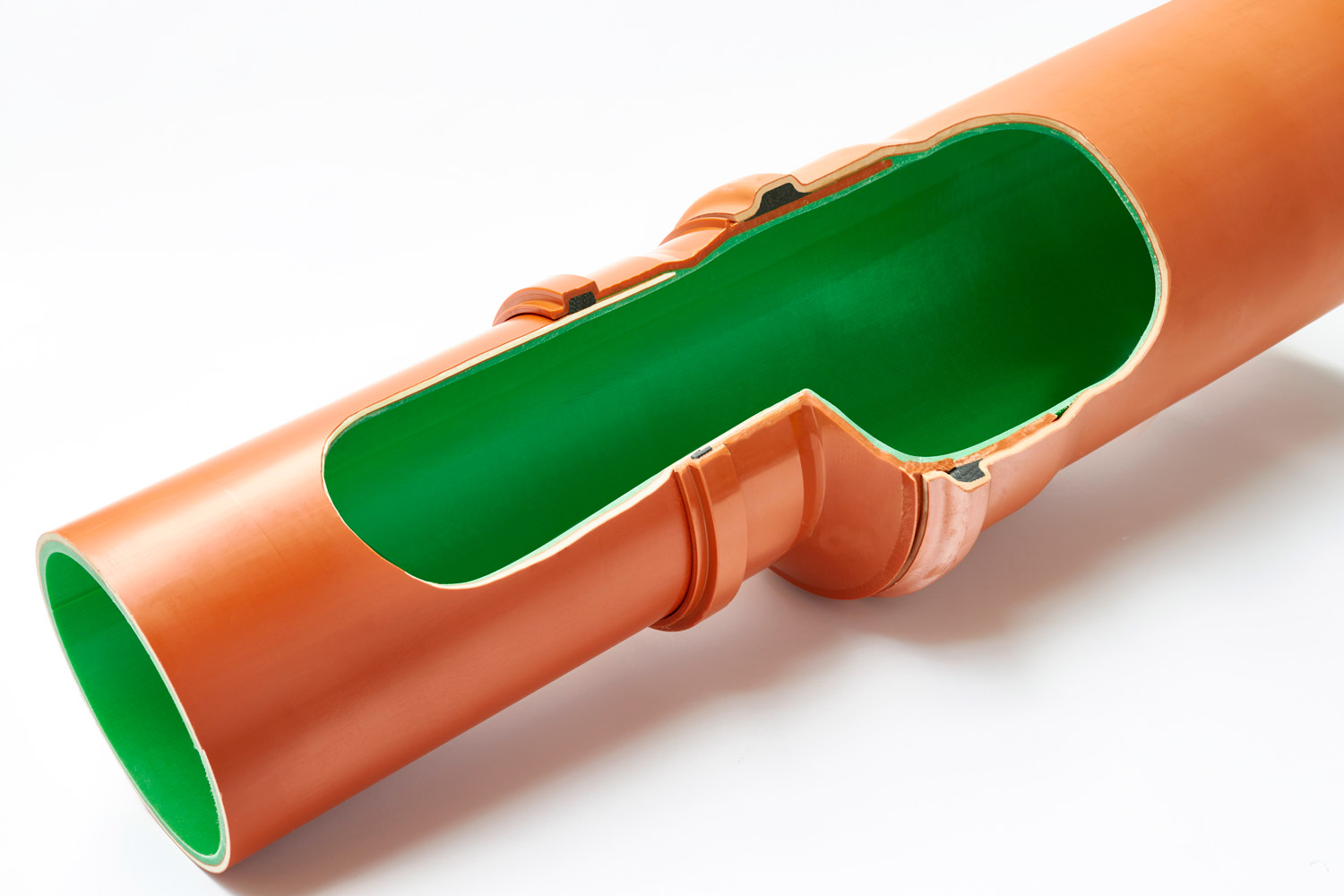 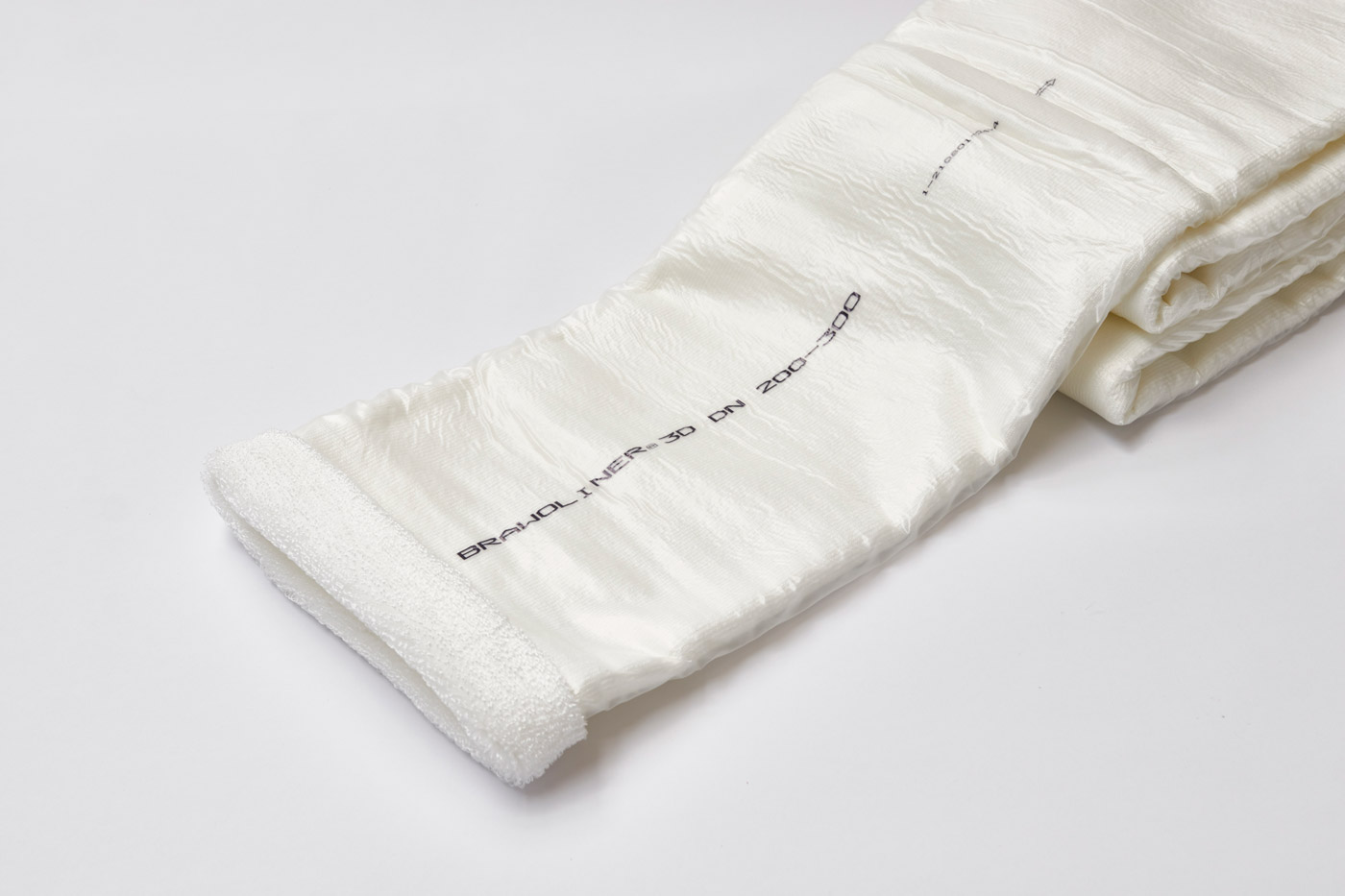